On July 12, 2018July 10, 2018
by Christalle Bodiford
in All, Business, Lifestyle, Networking
Leave a Comment on Women’s Entrepreneurial Luncheon

Each year Small Business Austin hosts an annual Women’s Entrepreneurial Luncheon, and this was their 14th year!  I decided to take the opportunity to meet some local women and listen to a panel of female entrepreneurs discuss business, branding, and how they started their businesses.  I made my way over to the Hyatt, listening to 80s music as I turned into the parking garage – hoping Fleetwood Mac’s melodies would help to calm my nerves.  (I have anxiety and sweat A LOT in social situations, especially when I do not know anyone in attendance.)

When I entered the hotel, a sign pointed me in the right direction… I made my way to the 17th floor.  Once I entered the elevator, I quickly realized it was glass, and I was heading higher than I wanted to be.  I’m terrified of heights, so I focused on my phone in the corner of the elevator. As I exited the elevator door, I was greeted by smiling & welcoming faces.  I found my name tag and made my way into the room, finding a table with an empty chair – which proved to be a bit of a challenge.  As you can see below, the room was packed!

Finding a seat in the back, I realized there was a saxophone playing in the background as utensils clinked against plates and the low chatter of women mingling echoed throughout the room.  Salad was served first, followed by chicken with rice and asparagus, and ended with a tiramisu dessert.  I did my best to eat without compromising ketosis, eating only a few bites of lettuce, asparagus and chicken – even adding butter to my  chicken.

I admittedly was a total amateur that day…  I should have been more prepared food wise, but I was rushing out the door and completely spaced on my “go bag.”  (For those that don’t know what I mean by “go bag” let me explain.  A “go bag” is a small bag full of keto-friendly items you can carry with you, in case you find yourself in a sticky food situation or you’re out somewhere longer than anticipated.  I like to call mine my “keto kit,” and some of my go-to items are: FBOMBs, Stevia, Ketologic BHB, Epic Pork Rinds, FatSnax Cookies, Avocado, Vital Proteins Collagen, Fat Is Smart Fuel MCT Oil, Pederson’s Bacon, Pili Nuts, and some type of cheese snack… like Parm Crisps.)

This particular day I had none of the above keto-friendly snacks and did the best I could to do to eat without “cheating.”  (Cheat days aren’t allowed when you have epilepsy.  It’s not an option to take days off from keto or even meals, because it could trigger a seizure.)  Unfortunately, as good as I tried to be, something I ate knocked me out of ketosis, and I felt terrible afterwards.  Luckily, it wasn’t bad enough to trigger a seizure, but I did get hot, sweaty, and have a little disorientation.

He talked the importance of family, about helping immigrants reunite with there families in Texas, and his new grandchild…  I had to wonder if he’d be giving this same speech to a room full of men.  I don’t think he would, and for a woman without children, I found it difficult to relate to his attempt to pull at the heart strings of the women in the room before him.  Nevertheless, I continued to the forward to the panel of women at the front of the room.

The panel featured Lolis Garcia-Baab as the Moderator for the event, and I believe the opening speaker said this was Lolis’ fourth year moderating.  Lolis works with Girl Scouts of Central Texas…  The three guest panelist consisted of:  Shelley Delayne, Founder of Orange Coworking, Natasha Harper-Madison, Founder of East Austin Advocates, and Rachel Musquiz, Chef & Founder of Curcuma.

It was great listening to the female entrepreneurs talk about how they started their businesses, challenges they had faced, stereotypes and how their advice for others.  Rachel’s story really touched me, because she talked about using food as medicine, which is what I do and encourage others to do.  Food has allowed me to be seizure free, and I think it’s so important that people understand the connection between their diet and health.  It seems to obvious to me, but many don’t correlate the two.  I had a chance to speak to Rachel after the event, and she was such a nice person.  Turns out she knows Jade also!  Small world…

Back to the panel, I was so impressed with Natasha and asked her to be my mentor.  Sadly she declined, due to running for office soon!  She was just the type of person I’d want as a mentor for my nonprofit business.  I’m not happy with my current mentor situation and want someone that is extremely on top of their game.  That’s the down side of moving from Los Angeles to Austin – It’s just not the same caliber of business people.  The big fish here are comparable to LA’s small fish.  I’m finding it difficult to find someone that I can actually learn from.  I’m going to keep looking, because I know the right person will appear when the time is right!

After hearing the panel speak, followed by a Q&A session, the moderator announced that all the tables had 1 program with a star on the back.  The person sitting in front of this program would be able to take the beautiful floral arrangements home with them upon leaving the event.  The flowers were gorgeous and brightened the day of a few ladies.

All in all, it was a nice event and I heard some encouraging words.  The contacts I made networking at the event haven’t panned out, but that’s OK…  They just aren’t my people, right? 😉 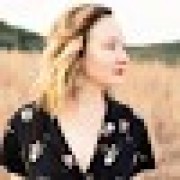